For the purposes of this post, the term ‘jihadist’ refers to the movement begun by Abu Musa’ab al-Zarqawi that led to the creation of al-Dawla al-Islamiyya (The Islamic State); the caliphate; ISIS; ISIL

If they were indeed deeply committed to governance, common sense would have it that the jihadists would seek to consolidate gains, buy time, and protect territory. However, they seem to prefer to give up territory rather than fight pitches battles, they invite international and regional powers to attack them, and they seem to place more emphasis on cowing the populations they control through intimidation rather than adopting a conciliatory manner.

I maintain that the jihadists do not legitimize themselves through statecraft. They draw legitimacy from the battlefield. This is an argument they began to make in 2005 when Zarqawi broke with his mentor Abu Muhammad al-Maqdisi. This was also their argument when they declared the Islamic State of Iraq, the proto-caliphate, in October 2006. In their minds, the argument had been settled, and vindicated by their return from the dead when seizing Fallouja (January 2014) and later that year when ISIS took out the 17th Division and the Tabaqa Airbase in Raqqa. The jihadists periodically revisit the argument for recruiting purposes in order to counter the narratives coming from regime-allied Salafists in the region.

Many of those studying the jihadists are focused on the front-lines, justifiably so. The caliber of those undertaking the studies is stellar. They are right in looking at orders of battle, the differentiation of forces, tactics, captured documents, supply and logistics routes, as well as the caliphate’s war economy.  The assumption is that if we should succeed at those front-lines—described by some as the “360 degree squeeze” strategy—then the defeat of the caliphate is assured, and its legitimacy is forever wounded. I disagree. I maintain that the strategic depth of the caliphate does not lie in Mosul, or in rural areas (for example: Garma, Hawija, countryside of Aleppo and Damascus, etc.), or the towns and orchards of the Euphrates Valley (Fallouja, Ramadi, Deir Azzour, Raqqa), or for that matter the areas it has already lost (Tell Abyadh, Jurf al-Sakhr, Diyala, the Turkumen towns of Kirkuk, Tikrit, and now Sinjar). The strategic depth for the caliphate lies in the deserts spanning Iraq and Syria, which the “360 degree squeeze” strategy does not address. If this depth is not shredded, then the jihadists will remain “in the fight” and hence, their cause will remain legitimate in the eyes of their core constituency.

The good news is that the act of shredding up this strategic depth is the easiest military undertaking that Western powers can approach at this time, reluctant as they are to send the numbers of troops that would decisively win the battle at the current front lines. 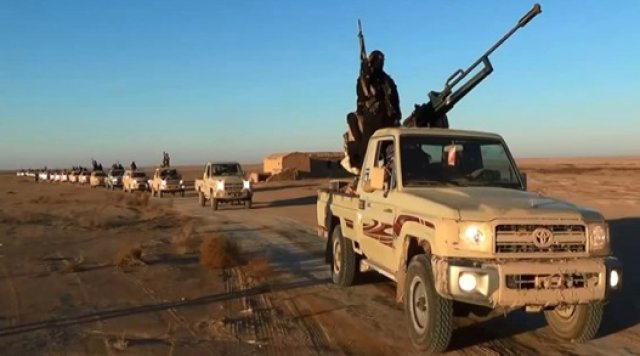 I shall posit the following argument about desert warfare as an invitation for a debate with military strategists, jihad experts and historians:

The jihadists fight as if they were pirates, with the desert being their sea. Apart from the outlier battle of Kobani, the jihadists do not fight pitched battles. According to an Iraqi security source, only 97 corpses of jihadists were found when Iraqi forces retook Tikrit. More recently, the Kurdish Peshmerga counted under 300 jihadist corpses in newly-liberated Sinjar. Jihadist swarmed in from the desert when they took Fallouja, Mosul, Ramadi and Palmyra. They mistrust urban and rural populations after the experience of the Tribal Awakenings. From 2009 until 2012, the jihadists had to adapt to the desert as their strategic depth. They had to adapt to hostile skies too. They were largely driven out of major urban centers in 2004, and beyond that, they were driven out of the date groves and orchards of Mesopotamia. Nowadays, they field various types of forces, but their elite and most successful ones, not to mention their best-equipped ones, are small, disparate mobile desert units that converge on a target when needed (for example, the inghimasiyeen forces). They treat the cities and towns they have captured as ports of call, for booty and resupply. When challenged by superior forces attempting to retake these ports, the jihadists dissolve away into the desert, leaving small and determined bands of fighters to deflect and bleed-out the invading force. Their best fighters are not garrisoned in those cities; they live in the skiffs that carry them around the desert, such as the ubiquitous Toyota pick-up trucks they favor. There may be several mother ships in the desert that steam towards a target around which the skiffs gather. They exercise strict force conservation, especially after the military debacle at Kobani. They have to do this either because the numbers of fighting men they have are too few (far less than intelligence estimates) or because they are holding them in reserve for big strategic pushes when the time is right. The instinctual individualism of piracy is mitigated by having a cohesive ideology. One may understand the perplexing nature of the Paris targets as that of a jihadist skiff sailing further afield.

May I suggest a reading list to complement the debate?

We can rely on excellent studies to understand the tail-end of what swarming looks like (see Arquilla and Rohnfeld, Swarming & The Future of Conflict, and Mello and Knights, The Cult of the Offense: The Islamic State on Defense).

To understand that the caliphate still employs a dual military strategy (rural areas as well as the desert) inferred from its experience of fighting against the Americans, one needs to study Craig Whiteside’s writings on the topic, especially ISIL’S Small Ball Warfare.

I believe that after the battle of Kobani (which it tried to fight as a state would), and after its experiences in show downs with Shi’a and Kurdish forces, the Syrian regime, as well as rival Salafist groups, the caliphate may give more weight to its desert warfare strategy because it has been the one working best. The caliphate’s strategists may also believe that it is a blind spot for Western military planners (likewise, regional armies, the IRGC, and the peshmerga are not proficient in desert warfare). The means by which the jihadists enact this strategy may guide us to their forthcoming strategic objectives. Their allocation of resources (including managerial talent and ‘iconic’ leaders) to a desert strategy may further indicate a strategic preference.

I believe they understand their desert depth to be composed of three elements:

1) The Jezireh Desert (bounded by the Tigris, the Euphrates, and intersected by the Khabour). This is where they conduct war against the Iraqi state and the Kurds. They have picked Hatra as the fulcrum of this patch.

2) The Western ‘Shamiyyeh’ Desert (south of the Euphrates Valley) to focus on Homs and Damascus, with Palmyra as its node.

3) The Eastern ‘Shamiyyeh’ Desert, with an HQ in Rutba. Probably looking south. (Historically they would have preferred al-Nukhaib or al-Zubayr, but nearby demographic realities stand in the way. Rutba will do for now, which begs the question: why did they appoint one of their most iconic warriors, Shakir Woheib, as the emir of out-of-way Rutba?) 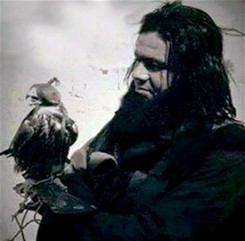 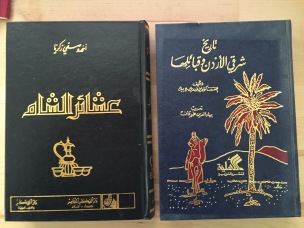 Many other works, ranging from those written by Alois Musil, to von Oppenheim, to John Bagot Glubb should be consulted on routes, tribes and desert fighting techniques. Works on the Shammar tribe help to cover the Jezireh Desert. 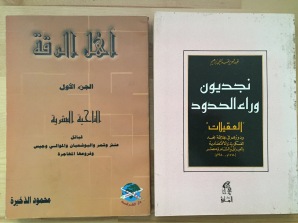 And since the jihadists like to believe that they are acting on precedent, one needs to study the Islamic conquests conducted in the Levant and Mesopotamia during the Early Caliphate. Notwithstanding the problems of historiography, what matters is that the jihadists believe that what is recorded in the Islamic annals is true. They may seek to emulate the desert warfare tactics recorded in those tomes.

I would also look at how cohesion works among ‘pirates’ in the case studies of the Wahhabi expansions beginning in the 1800s, and also in what TE Lawrence did at Aqaba.